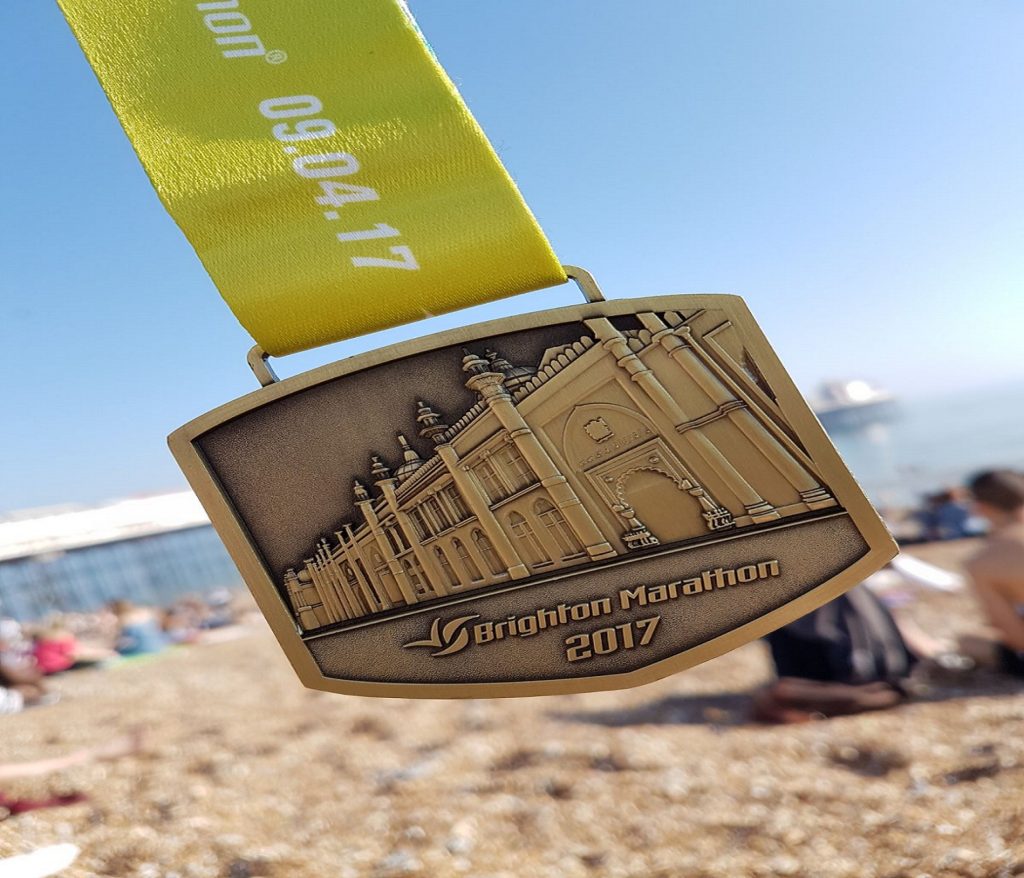 A marathon by the sea, what could be more fun!

By Mark Wrangham20th September 2017No Comments

Running a marathon at one of Britains best known and best loved seaside destinations is a bit of a no brainer really.

With its long promenade area stretching from the east side of Brighton through to the west of Hove, taking in the Brighton Pier, the new i360 and many regency squares and buildings as you go, the Brighton Marathon really is a beautifully staged marathon. The event caters for a wide variety of runners with a 10k race and one milers for children taking place on the same weekend. The crowds certainly turn out for the race in large numbers and the streets are always thrumming with activity, cheering on the 12000 runners.

The first running of the race took place on 18 April 2010. The race opened to 12,000 entries, with 7,589 participating on race day. The course start line was at Preston Park. The route took in some of the sights of central Brighton before heading East towards Rottingdean. The race then headed west out to and around Hove, before returning on the seafront and finishing on Madeira Drive, close to Brighton Pier.

Personalise your race medal so that you can commemorate and celebrate your achievements with friends and family for years to come.

In Year 2 (April 2011), over 8,000 runners took part with spectator numbers estimated at around 120,000. The race has acquired the status of “Britain’s No. 2 marathon” for its profile in the national running arena, for its standard of race organisation and for the publicity generated by the event. More than two hundred charities had runners in the 2011 event and this demand has led to an increase from 3,000 to 5,000 in the number of places being offered to charities in 2012.

The 2012 event saw a 20% increase on entries to an acceptance of 18,000, putting it in the top 12 running events in the UK. In September 2011, The Brighton Marathon was granted coveted Bronze Medal status by the World governing body, the International Association of Athletics Federations (IAAF).