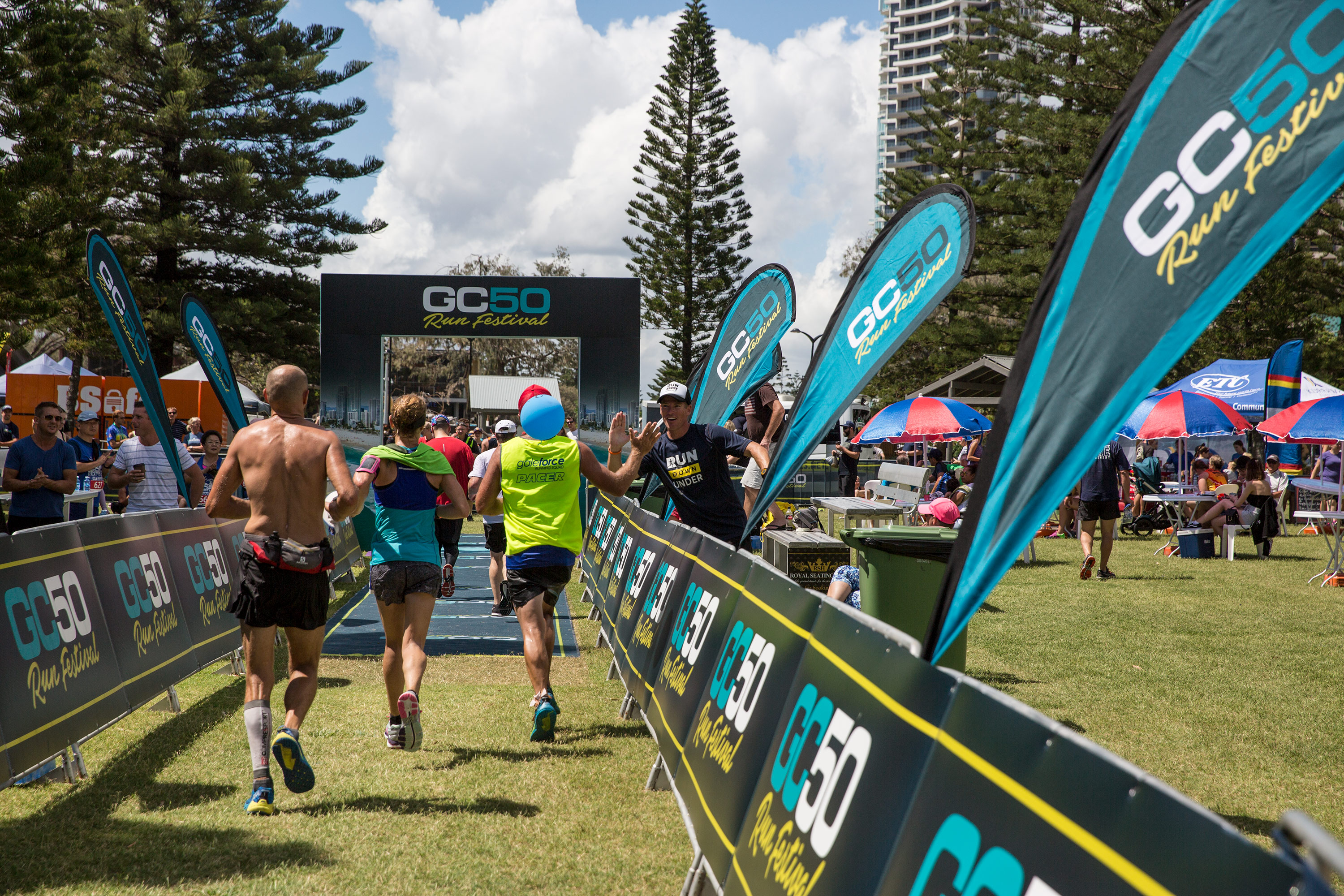 How long has the GC50 been running for and how many participants do you expect on Sunday 8th December?
The GC50 Run Festival started way back in 1997 and 2019 will be the 23rd running of the event. Following a 77% increase in participants in 2018, we’re on course for similar growth this year!

The 50km, 30km and 15km events take place on the footpaths and roads adjacent to the beautiful Gold Coast beachfront – what are your top three viewpoints along the route?
As the GC50 is run along one of Australia’s most iconic beachfronts, the whole Gold Coast course is spectacular! But if I had to pick, the most scenic points along the course are the boardwalk through Palm Beach for the 30km and 50km runners. Also, the run from Tugun to Kirra on the new Oceanway Path is newly built this year, and a favorite beachfront path amongst locals. For the 15km runners, their turnaround point at Burleigh is at one of the most beautiful lookouts in that area.

This year, you launched the brand new GC50 State of Origin Competition – what is it all about?
This year we are introducing the GC50 Run Festival State of Origin competition, whereby a State Champion for each distance will be crowned. We’re giving runners the opportunity to settle the inter-state rivalry once and for all and the state with the lowest average time for each distance will be crowned State of Origin champions for that particular distance. Runners simply nominate the state they are looking to represent during the registration process.

Can you tell us more about your new inaugural kids event that takes place on the beach?
With low tides and plenty of hard sand this year, we are hosting a 1km and 2.5km kids run, and a 5km beach run for the first time. These events are proving very popular, as who wouldn’t want to run in an event on the famous sands of the beautiful Gold Coast?!

How do you tackle the heat?
December on the Gold Coast can be quite hot, but we allow runners to start early at 5.30am so that they finish before the hottest part of the day. All aid stations, located at approximately every 2-3km, have fluids and nutrition, and because we run along the beach paths, athletes can utilize the open-air beach showers along the course to cool down too!

Why did you decide to partner with iTAB to offer all your runner’s the chance to personalize their GC50 finisher medal?
Our runners work really hard throughout the year to get to the start line of the GC50 Run Festival. For most, this is their final race of the year and a chance to achieve some final goals before the year is out. Offering iTAB to recognize those efforts was a no-brainer and has been really well received by our runners!

You can sign up for the GC50 Run Festival here. Order your iTAB during registration and it will be sent in the mail a few weeks post-race.